Department of Electrical and Biomedical Engineering 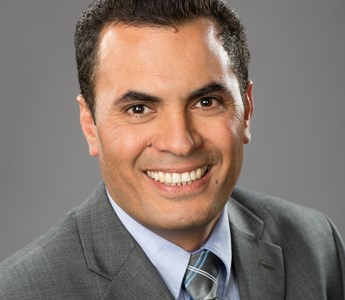 I am assistant professor of electrical engineering and director of the E-RESILIENCY (Energy Reliability, Security, Stability, Resilience & Efficiency) research laboratory at the University of Nevada, Reno (UNR). I joined UNR in July 2016. Prior to joining UNR, I worked as a research associate and visiting lecturer at the Department of Electrical and Computer Engineering, Michigan State University (MSU), East Lansing from January 2015 to June 2016. I worked as an assistant lecturer at the department of Electrical and Electronic Engineering, University of Benghazi, Benghazi, Libya from May 2005 to August 2009. I worked an Engineer at the General Electric Company-Libya (GECOL) from January 1999 to April 2005. I have more than five years of industry and consulting experience ranging from power plants control and operation to hardware design and installation, and total of more than ten years of academic experience. I received a Ph.D. degree in electrical engineering from Michigan State University, East Lansing in December 2014. I received MSc. and BSc. degrees in electrical engineering from University of Benghazi, Benghazi, Libya, in May 2005 and December 1998, respectively. My research interests include power system modeling, analysis, reliability, stability, resilience, control, planning and simulation. I have over 130 publications in the power systems area, including book chapters, technical articles and research reports and a U.S. patent. I am the chair of the IEEE Northern Nevada Section, Secretary of the Reliability, Risk, and Probability Applications (RRPA) Subcommittee, and Chair of an IEEE Taskforce on Power System Resilience Metrics and Evaluation Methods. I am the recipient of NSF CAREER award and several teaching achievement awards.