Department of Biology, College of Science 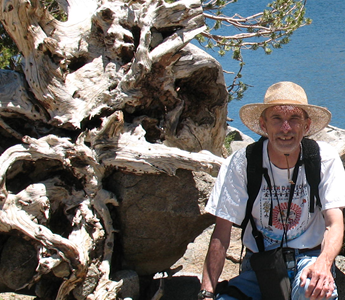 I retired in 2011 after 37 years of teaching at UNR, long enough to have had several sets of parents and children as students. I studied the behavior and ecology of mammals as familiar as beavers and wild horses and as unfamiliar as kangaroo rats. Most recently I have been interested in the evolution of personalities in kangaroo rats, asking why some are shy and others are bold and why males seem to have more variable personalities than females.

Like most academics, I published technical papers for specialists in professional journals, but I gradually became convinced of the need for scientists to communicate with a more diverse audience. One of my opportunities to do this involved wild horses, which have become a flashpoint of controversy in the western U.S. In the 1990s, I developed a computer model that has  been used ever since by the Bureau of Land Management to plan population control measures for horses. This model influences how BLM managers interact with advocates for and against controlling horse populations on public lands. An updated version of the model is under development by a team of scientists with the U.S. Geological Survey.

I've also published two books to help nonscientists learn about science: How science works: Evaluating evidence in biology and medicine in 2004 and Tools for critical thinking in biology in 2015. These books use contemporary examples to illustrate key aspects of the process of science for general readers. In retirement, I plan to continue teaching about tools for critical thinking through formal and informal writing and talking with individuals and groups with diverse backgrounds and interests.